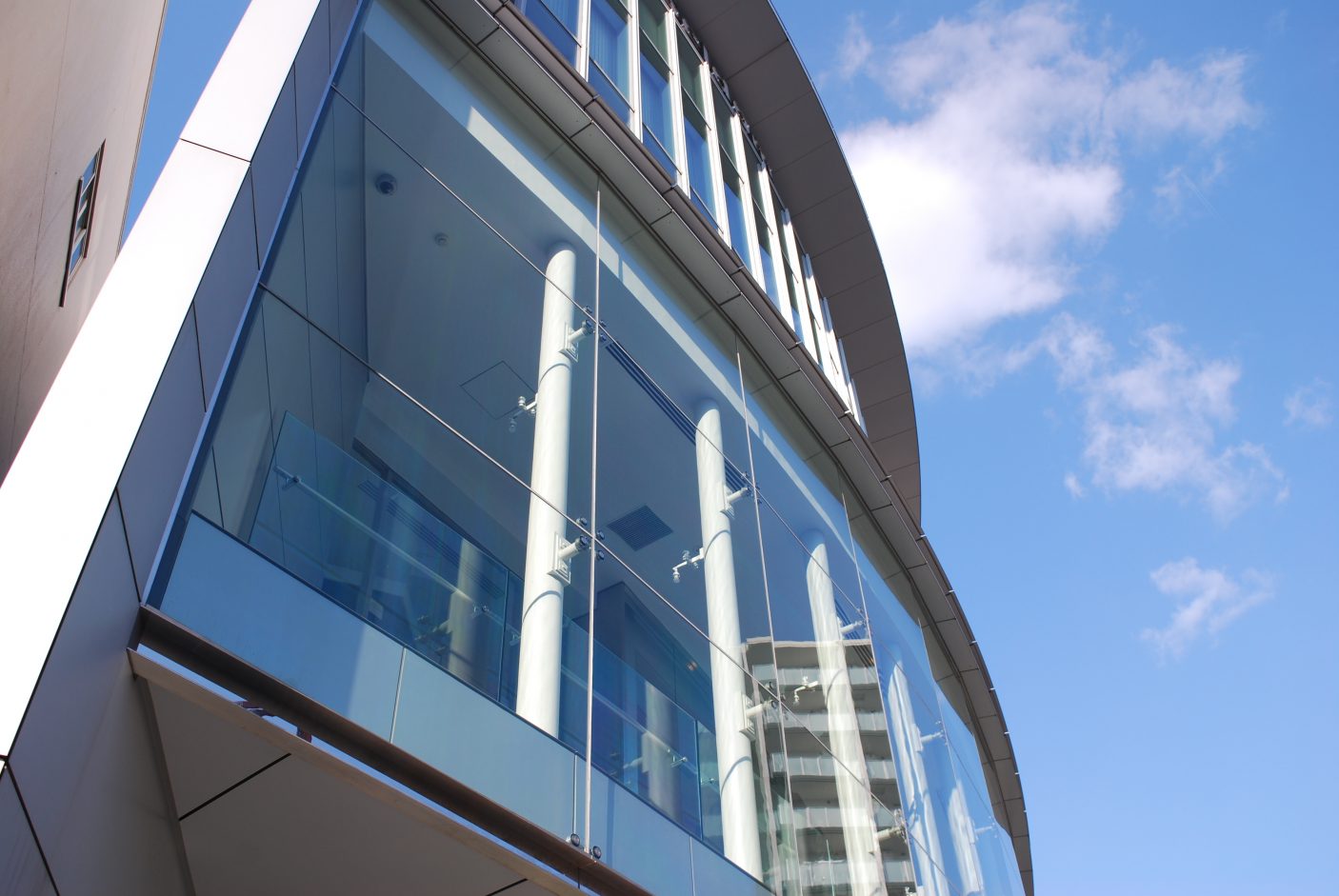 Window film is a simple, cost-effective way to achieve two important goals in the building environment:

Window film products are engineered to reduce solar energy transmission, absorbing and reflecting portions of solar energy to control excessive heat gain and glare. The evolution of metallic and ceramic deposition technologies in recent years has enabled durable film products with a range of performance and appearance characteristics.

One aesthetic concern is that greater solar control performance has required heavier coatings. This means that a noticeable decrease of heat gain may result in substantially reduced visible light transmission. In response to this problem, 3M developed the “Amber” metallization technology that enables products that manage the solar spectrum selectively. Amber coatings reject more of the longer, heat-producing, infrared wavelengths than the shorter wavelengths that are visible to us, preserving the positive effects of natural daylight while significantly reducing cooling loads. These characteristics are particularly useful in applications on windows with existing tinted glass that tend to block more visible light than heat.

The performance resulting from the application of any type of film depends on the type of glazing unit to which it is applied. The revised values for heat gain, visible light, and UV transmission are available in the manufacturer’s performance guides. For example, Scotchtint type LE35AMARL film applied to ¼” clear glass imparts a shading coefficient of .29 and a “U”-value of .74, an approximate reduction by 69% of solar heat gain and by 30% of the total heat lost through the glass during the winter. An application of LE35AMARL to 1000 square feet of ¼” clear glass with an east or west exposure will reduce maximum heat gain by 138,450 btu/hr, reducing the cooling load by the equivalent of 11.5 tons of air conditioning capacity.

An Energy-Efficient Solution with a Fast Payback Period

This technology has been used extensively for solar control applications in office space in the Pittsburgh area for projects such as the Frick Building, the Pittsburgh Hilton, Building Six at Gateway Center, several PPG facilities, and the Foster Plaza complex in Greentree. Building managers in the Pittsburgh area have reported that this efficiency provides simple payback through reduced utility consumption expense in one to four years. In our climate, particularly considering current trends in utility costs, heating consumption cost savings can equal or surpass the savings realized in the cooling season.

Inclusion of reductions in demand charges and HVAC maintenance expenses can cut these payback periods in half. Some buildings have avoided expensive capital expenditures entirely when the resulting reduction in cooling load means that existing HVAC systems can be balanced to satisfy the needs of building occupants. Many times the project is largely justified by the value of increased tenant satisfaction and occupant productivity in the affected areas and the enhancement of the exterior appearance of the property.