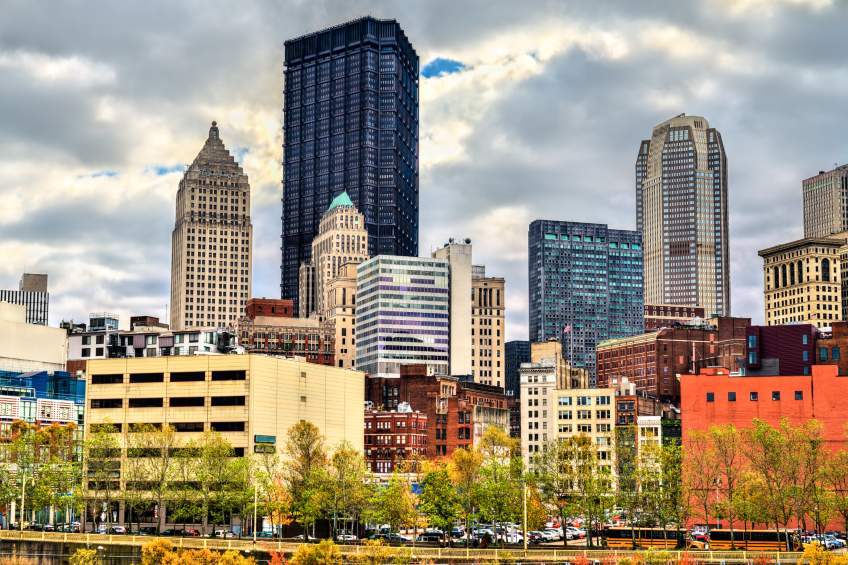 As the second biggest city in the state, Pittsburgh has over 150 high-rise buildings. In an effort to lessen the city’s environmental impact, the City of Pittsburgh partnered with the Better Buildings Challenge with a goal to reduce energy usage by 20% by 2022 and carbon emissions by 50% by 2030. Buildings over 50,000 square feet started energy benchmarking back in 2018. But the push to net-zero emissions means buildings have to start doing more to lower their carbon footprint. One way to conserve energy and improve building efficiency is through window film.

There are several ways that 3M™ Window Film works to improve your building’s efficiency. It reduces solar heat to save energy in every climate, all while promoting sustainability and without diminishing natural light. Not to mention, it’s an investment that offers a quick return.

Did you know that around 33% of cooling bills are caused by solar heat gain from windows? Window film works to reject the sun’s heat, reducing 79% of solar heat transferred through windows in the summer. Not only does this lead to increased energy savings, but it also can help save money. By installing window film, you can save $1 to $2 per square foot of film or 19 kWh per square foot of glass.

Saves Energy in Every Climate

Although window film works to reflect heat from the sun, it can help save energy in every climate. By deflecting solar heat, window film makes it easier to maintain comfortable temperature interiors. This can help both lower utility bills and reduce strains on HVAC systems. With Low-E window film, you can even improve the insulative properties of windows, increasing the strength of a single-pane window to that of a double and a double-pane window to that of a triple. So whether you live in a warm or cold climate, window film can provide year-round savings.

By investing in window film versus replacing all of your old windows, you’re helping promote sustainability. Upgrading your existing windows keeps them out of the landfill and prevents creating unnecessary waste.  Plus, using window film itself will conserve energy to reduce your building’s carbon footprint.

One of the benefits of using window film is that you can block solar heat and save energy without eliminating natural light. Many commercial buildings are made with lots of glass that lends itself to large amounts of natural light and outdoor views. You can retain views and the sun’s light with window film while reducing glare and improving occupant comfort.

Window film is actually considered by the Department of Energy as one of the top-tier energy conservation technologies with the quickest payback. In around three years, window film will start paying for itself. With all the other benefits that window film provides, it’s not just a good investment for your building but also for your occupants.

Invest in Window Film for Your Building

If you’re thinking about investing in window film for your building, reach out to one of our window film experts to learn more. We would love to discuss the best options for your needs and provide you with a free quote!