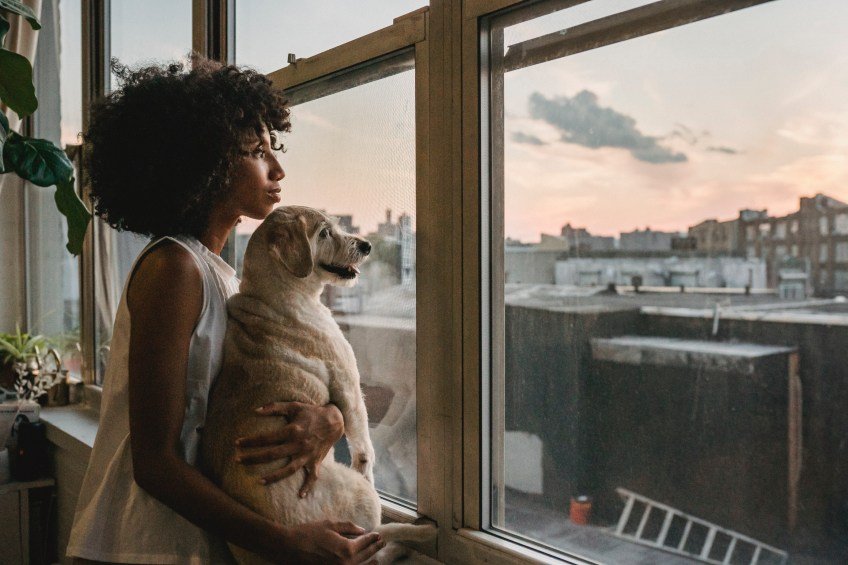 Dogs like looking out windows, just like humans. But when they start barking at the mailman, delivery driver, and every other person that walks by on the sidewalk, it can start to become a problem. Not only can this cause a disturbance in your neighborhood, but it can also be hazardous to your four-legged friend. That’s where window film for reactive dogs comes into play.

Although windows are difficult for dogs to break, it’s still a possibility if your pup gets too excited. While you might not have to worry about that as much with a smaller dog, bigger dogs with more strength can fracture the glass much easier. If you have a reactive dog, there’s an easy way to reduce the temptation to bark: window film.

What Window Film Is Best for Reactive Dogs?

Some dogs are just easily triggered by outside noises, especially when they’re able to look out the window. While there are many different types of window film, you want something that will reduce visibility. Clear window films won’t do much to prevent your dog from looking out the window; that’s why frosted or opaque films are the best option for reactive dogs.

Frosted window film can limit visibility and add privacy while still letting natural light inside. Not only can frosted film be applied to windows, but it’s also great for covering large glass front doors. By restricting your dog’s ability to see outside, you’ll drastically reduce the temptation for barking and jumping up on the window. Dogs may also bark excessively because they have anxiety, so adding window film can reduce your dog’s stress as well.

Opaque window film blocks all visibility and light, potentially making it the best option if your dog barks at any shadows or movement outside. If you don’t want to block visibility out the whole window, you can apply opaque film to only the bottom half. That way, you can still enjoy looking out the window as you please. You may even enjoy it more without the incessant barking, and your neighbors will thank you.

Window film is an affordable solution that will help reduce your dog’s temptation to bark. It will also block up to 99% of damaging UV rays, helping protect your skin and fight against fading. An added bonus? Window film can help keep cooling costs down, saving you energy and money on your utility bills.

Let Us Help Protect Your Pooch & Your House

Finding the right window film can be challenging, so that’s why we’re here to help. We’ll find the perfect window film for your reactive dog to help reduce the temptation to bark, making your life easier and more enjoyable. Reach out today to talk to one of our window film specialists.